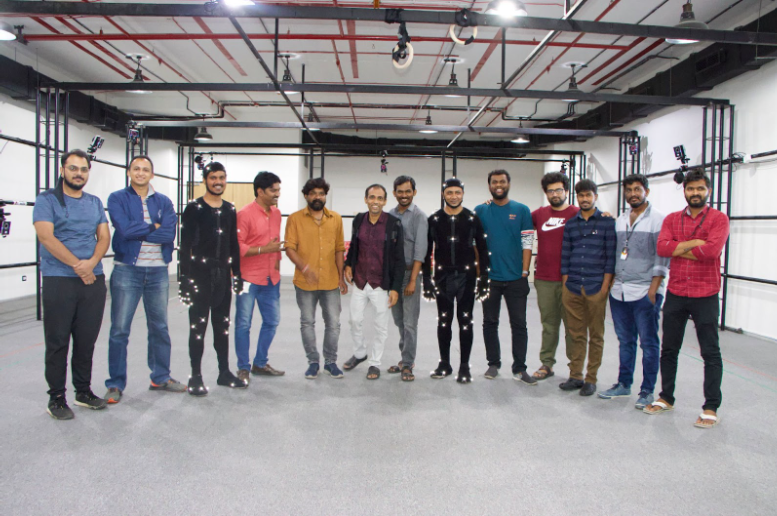 Final Year BVA animation Students were taken to ABAI’s Center of Excellence to witness the motion  capture process by the department on Jun 22, 2022.

Motion Capture is an advanced technology of using multiple cameras to capture the movement of the live performers to drive the performances of  computer generated characters. This animation technique has been used in several hollywood movies from Star Wars – The Phantom Menace, Lord of the Rings series, Polar Express, Avatar, Adventures of Tintin to name a few. This technology has been widely used in games for creating non linear interactive animations as well.

Our students were taken to a mocap session for the upcoming Kannada feature film “Sorry: Karma returns” produced by Kiss International, Canada, directed by Brahma featuring Ragini Dwivedi. It is worth mentioning that this is one of the very first attempts to use such advanced CGI technology in Indian films.

Our students worked with Mr. Rajeev Ganesan, mentor and VFX supervisor of “Sorry: Karma returns” in visualizing the scene and managing the shot list during the capture session. During the session they interacted with Director Brahma, who is an animator himself from Disney studios and animation supervisors and technicians from ABAI Mr. Arvind Kalyan and Mr. Sunil.

Students were also introduced to another CGI technology called photogrammetry where 200 cameras are used to create a photo realistic 3D avatar of a live actor.

Volunesia, an app project dedicated to volunteer for social causes