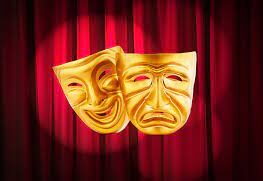 With CREO Valley's focus on the individual; preparing each to perform at their peak, with confidence. We show you how, and where, to find professional work.

The Acting course at CREO Valley comprises of all the important elements of acting including body movements, expressions, voice culture, scenes and character study, imagination excercises, assertiveness, playback & lip sync etc. The Program emphasizes on theoretical and practical aspects of acting. Theatrical and on-line camera training are an integral part of the course.

With any part you play, there is a certain amount of yourself in it. There has to be, otherwise it’s just not acting. It’s lying. – Johnny Depp

Our acting course is meant to help you get over your inhibitions , to de limit your imagination & to open up to a whole gamut of personalities within yourself. At CREO Valley you get a chance to learn the nuances of the art of acting and performing through traditional & modern techniques.